Barcelona’s final game before the World Cup will be played at Estadio El Sadar on Tuesday night, with high-flying Osasuna hosting the Catalan giants in La Liga.

The visitors are coming off a 2-0 win over Almeria on Saturday, while Osasuna beat Celta Vigo 2-1 to make it 10 points from their last four games during a good run of form.

Since losing 2-0 to Villarreal on October 17, Osasuna has beaten Espanyol, Real Valladolid, and Celta in the league, as well as drawing 1-1 with Girona, and their strong run has propelled them to fifth place in the table.

The Pamplona-based club has finished 10th, 11th, and 10th in their last three La Liga campaigns, but they were seventh as recently as 2011-12, and a European challenge this season cannot be ruled out given their early-season results and performances.

Barcelona, meanwhile, will enter the match fresh off a 2-0 victory over Almeria on Saturday night, with Gerard Pique saying his final farewell to Camp Nou as he prepares to retire from professional football.

Pique captained the Catalan giants on an emotional night for the centre-back, and Xavi’s side secured an important three points thanks to second-half goals from Ousmane Dembele and Frenkie de Jong, returning them to the top of the table.

Barcelona currently leads Real Madrid by two points, but the champions can reclaim first place if they defeat Rayo Vallecano on Sunday night.

Given Osasuna’s form this season, this has the potential to be a very difficult match for Barcelona. It would not be surprising to see Osasuna claim a win or a point, but we believe Barcelona will do enough to pick up an important three points before the break. Hence we go with the following pickings in this fixture:

Bet on Osasuna vs Barcelona with FrapapaBET 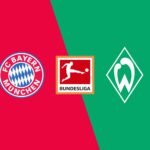 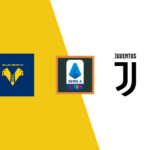