Following an emphatic victory in their opening 2022 World Cup match, England will look to boost their chances of finishing first in Group B when they face the United States at the Al Bayt Stadium in Al Khor on Friday evening.

On Monday, the Three Lions scored six points against Iran, while the Americans were forced to share the spoils with Wales in their first match.

After reaching the World Cup semi-finals four years ago and then the Euro 2020 final, optimism surrounding Gareth Southgate’s squad had dipped heading

However, the nation’s hopes were boosted emphatically when the Three Lions roared to a 6-2 victory against Iran in their first group game, their biggest-ever win in the first match of a major tournament.

England has won eight of their 11 meetings with the United States in all competitions, scoring 39 goals in the process, and they will be looking to increase that tally to nine on

Following their elimination from the 2018 World Cup, the United States started their campaign in Qatar with a 1-1 draw against Wales on Monday, a game they were leading until a certain Los Angeles FC star restored parity.

The United States advanced from the group stage at the previous two World Cups, finishing second to Portugal in 2014 and first to England in 2010. Indeed, the Americans finished ahead of Fabio Capello’s men on goal difference after a memorable 1-1 draw against the Three Lions, which saw Robert Green fumble a Clint Dempsey strike.

England vs USA Head to Head

Twelve years have passed since these two countries last met on the international stage, and while England was forced to settle for a score draw against the USA in their most recent meeting, Southgate and co head into Friday’s match in confident mood and as firm favourites to win all three points.. Hence we go with the following pickings in this fixture:

Bet on England vs USA with FrapapaBET 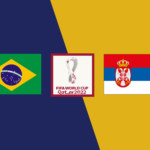