Fifth will try to overtake fourth in a tense Stamford Bridge battle on Saturday evening, as Chelsea and Manchester United renew their Premier League rivalry.

In midweek, the Blues were held to a 0-0 draw by Brentford, while Erik ten Hag’s team easily defeated Tottenham Hotspur 2-0.

While upcoming opponents Manchester United won all three points in their midweek game, Chelsea’s one point was enough to keep them in the fourth and final Champions League spot in the table, now three points behind Tottenham Hotspur with a game in hand.

Chelsea would be demoted to 5th place if they lost to Man utd, but Potter’s team has kept a clean sheet in each of their last five Premier League games, and they have only conceded two goals in all tournaments since the 47-year-old took over.

Furthermore, the hosts have yet to lose at Stamford Bridge this season and have won their last three Premier League games at their West London home, but under Ten Hag, Man United have shown a penchant for performances against Big Six sides from the capital.

Neither Liverpool nor Arsenal could successfully beat Man United’s side this season, and while Tottenham fans rejoiced in their rivals’ defeats, they left Old Trafford with their tails between their legs as Ten Hag’s side dominated from start to finish.

Many hailed the 2-0 victory as Man United’s best performance under Ten Hag, whose side pressed relentlessly throughout the 90 minutes, and the fifth-placed Red Devils would move into the top four if they win their second game in a row this weekend.

Man United have now won four of their last five games across all competitions, and have won nine of their last twelve since that 4-0 loss to Brentford. While Chelsea’s clean sheet total is more notable, the visitors have three straight shutouts in their last three games.

Aside from the Etihad, big-game performances have been Ten Hag’s bread and butter so far, but with Potter making a few key changes and Wednesday’s exertions taking their toll on Man United in particular, we can see a third consecutive 1-1 draw in this fixture. Hence we go with the following pickings in this fixture:

Bet on Chelsea vs Manchester United with FrapapaBET 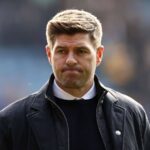 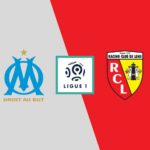