Austria and France will meet in the UEFA Nations League tomorrow night at the Ernst-Happel-Stadion in Wien.

The home squad is aware that the visitors are heavy favourites, yet they must win this game nonetheless.

Austria lost another game, this time against Denmark in the Nations League; they conceded an early goal in the 28th minute and equalised in the 67th minute but still lost 1-2.

France are current holders of the Nations League cup, but their performance this term has been disastrous. They were defeated by Denmark in the opening game and then drew 1-1 with Croatia on the road.

Given that these two teams are pursuing Group A1 leaders Denmark, who have beaten each of them in recently, it is not unrealistic to expect a goal-laden match. Following defeats to Denmark and a draw with Croatia, this is nearly must-win territory for the French if they are to advance in the competition.

Austria centre-back Philipp Lienhart has missed the first two Nations League matches owing to a fever, and it is unclear whether he will be available for selection on Friday.

David Alaba, on the other hand, was able to start and play the entire 90 minutes last time out despite struggling with fitness, and the Real Madrid defender is expected to remain in the starting lineup.

Rangnick may resort to a 3-4-1-2 formation, with Stefan Lainer and Andreas Weimann functioning as wing-backs, as they did against Croatia last week, and Arnautovic, Sasa Kalajdzic, and Karim Onisiwo all battling for a spot up front.

Raphael Varane has withdrawn from the France team due to a hamstring injury, and has been replaced by Liverpool’s Ibrahima Konate, who will be trying to make his senior international debut at centre-back.

Deschamps is expected to make many changes to his starting lineup, including the return of N’Golo Kante, who was rested against Croatia, as well as goalie Hugo Lloris, Lucas Hernandez, and Jules Kounde.

Kylian Mbappe did not play on Monday as a precaution after suffering a minor knee injury against Denmark earlier in the week, but the forward could be in contention to play on Friday, while Karim Benzema and Antoine Griezmann could also make their first-team debuts after starting on the bench last time out.

France will be significantly stronger on Friday, with Deschamps expecting to reinstate a number of his star players to the starting lineup, and the idea of Mbappe and Benzema teaming up in attack is sure to pose issues for Austria’s backline. The hosts will not make it easy for the 2018 World Cup champions, but when the two sides’ quality is compared, we predict the visitors to come away with maximum points.

Therefore, we predict France to win  and  over 2.5 goals  in regulation time.

Bet on Austria vs France with FrapapaBET. 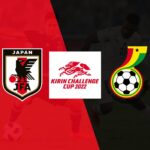 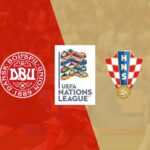