Erik ten Hag says that Captain Harry Maguire is just one of the team’s leaders, and therefore he will have to work hard for his spot in the Manchester United lineup.

Maguire has been one of Manchester United’s first players since January 2020. As a result, he was made captain of the team.

Earning poor appraisals after losses to Brighton and Brentford cost him his place in  the starting XI against Liverpool on Monday. He was replaced by Raphael Varane.

“I think it doesn’t mean when you are captain you are established to play always, especially when you also have Varane in your squad,” Ten Hag said.

“Bruno did quite well as captain [against Liverpool]. He led by example and he brings so much energy to the team in and out of possession.”

Maguire will get his opportunities, though, with United involved in four competitions in a season that will be disrupted by the World Cup break.

“We have options,” Ten Hag said “Varane, his stature is immense, and in pre-season we took a decision to build him physically, so he had a bit of a slow start.

“His profile, his stature and what he won already in the past shows he can really contribute to his team. For the team, there is competition, and we need that. We have to cover so many games.

“Victor Lindelof did really well in pre-season, so I am happy that he will be back in the squad, so we will have another option.

“We have competition internally, and that’s good. That is what top teams need.” 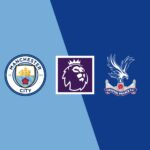 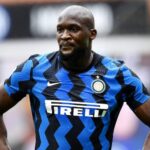 Lukaku fails to impress against Lazio